Central Animal Hospital has assembled an expert team of veterinary professionals to bring you the very best possible healthcare for your cats and dogs in Petaluma, CA, and the surrounding areas. We have a state-of-the-art veterinary facility that is clean, comfortable, and efficient.

The History of Central Animal Hospital

In 1927 Dr. Walter E Brandner moved to Petaluma after graduating from Cornell Veterinary School and opened an animal hospital at the corner of Fourth and B Streets in the Rex Hardware building, also taking over the directorship of the Petaluma Laboratories which had been established in 1923. In 1931 the Petaluma Laboratories moved away from town and the new Brandner Laboratory and Hospital were started, still in the same location.

Dr. Brandner hired architect Mario Corbett of San Francisco, who also designed Hope Lutheran Church in Daly City, to design the blueprints for the building at Second and D Streets in 1949. The original veterinary hospital contained a laboratory and retail sales rooms as well as boarding facilities for up to 50 dogs. In those days, the ranch calls were answered by the doctors and staff in blue Plymouth vans.

Petaluma Rotary Club, under the direction of President Art Dahlgren, held a Thursday luncheon at the new facility before it opened in 1950, catered by Howard Fox and the Hotel Petaluma staff.

Sadly, Dr. Brandner was killed in 1962 in an auto accident near Penngrove. Eventually, his son Dr. Charles Brandner, also a veterinarian, built a new facility on Lakeville Street at Jefferson and moved the family practice there. Dr. John Zimmerman had taken over the large animal practice and retail storefront operations by the early 1970s and continued to operate out of the same building until 2003.

Meanwhile, Dr. C Robert Stewart and his wife Ruth purchased the small animal practice in 1976. Dr. Stewart was a 1954 graduate of Colorado State Veterinary School and had worked at the San Francisco SPCA while living in Petaluma for 15 years before buying the practice. He continued to run the small animal operations until 2002 when he retired and sold the business to Dr. Matthew Carter and his wife Jennifer.

In 2003, Dr. Zimmerman, his partners Dr. Myron Heinrichs and Dr. Mike O’Connor, and their associates bought their own building across town on Industrial Avenue leaving the entire property here on D Street to small animal operations. The Carters first upgraded the inside of the building adding examination rooms, an indoor playroom for daycare dogs, a separate room for boarding cats and completely modernizing the treatment areas. Digital phone lines, low-E glass, air conditioning, and many other modernizations were put in place to meet the needs of the new century.  By April 2007 they finished the remodeling project with the outside of the building, adding landscaping and an improved entrance. In 2015 a solar array was added to power the building using renewable energy. 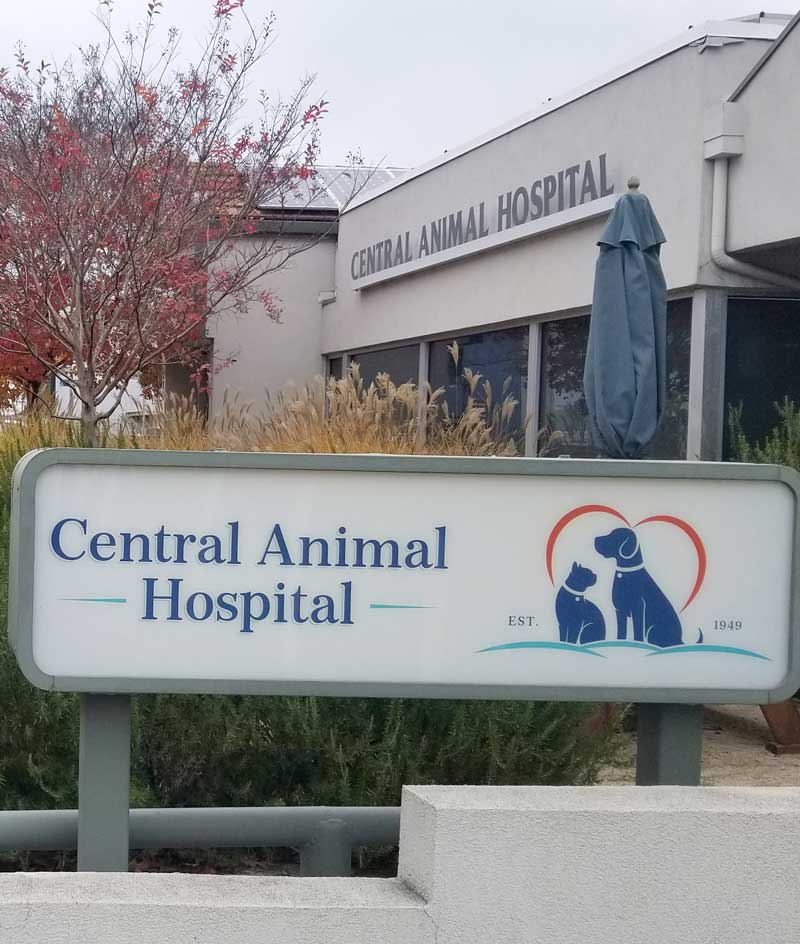